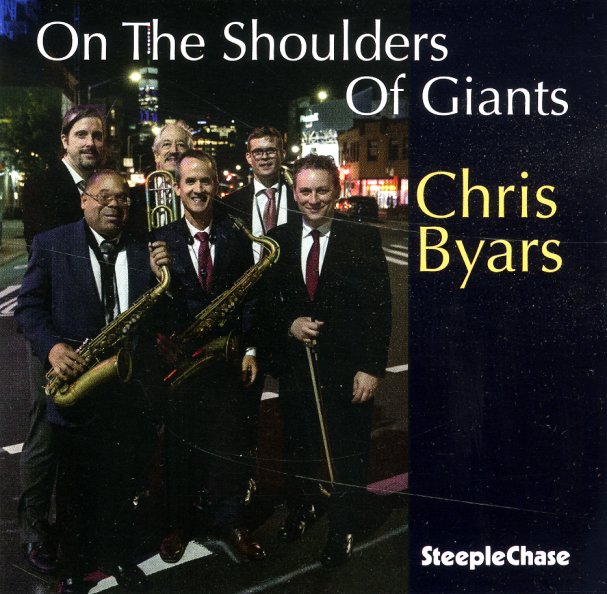 On The Shoulders Of Giants

Saxophonist Chris Byars always has a great way of putting together a set of horn players – and here, his tenor is matched with alto from Zaid Nasser, bass clarinet from Stefano Doglioni, and trombone from John Mosca – all given piano-less accompaniment from the duo of Ari Roland on bass and Phil Stewart on drums! At some level, the music maybe echoes specific 50s modern modes – some west coast, some Gerry Mulligan styles – but there's also a much more contemporary vibe to the recording, one that comes partly from the mostly original material by the leader. The tunes bristle with a nice assortment of colors, and never overstate their inventiveness – and titles include "Nashville", "Arizona", "Keeper", "Moscow", "Third Culture Kid", and "Philadelphia".  © 1996-2021, Dusty Groove, Inc.