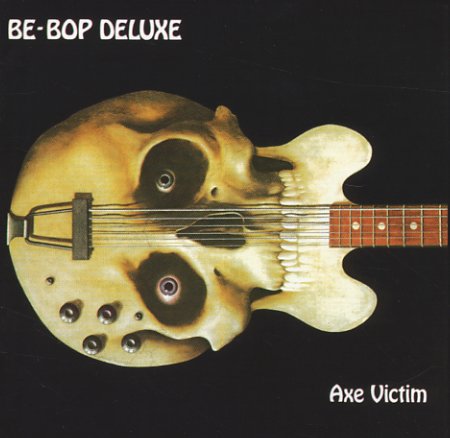 The amazing debut of Be Bop Deluxe – a record that's made up of all sorts of familiar parts, yet somehow really manages to set itself apart as a whole! The young Bill Nelson is at the top of his game here – a hell of a guitarist, which we sometimes forget in his later work – and a vocalist with a sinister edge that gives the record a sense of darkness that matches the compressed production and overall moody vibe – a child of the Bowie/Bolan generation, but one that's a real black sheep of the family too! The strength of the record is impossible to sum up in easy words – but it's there for the hearing, right from the very first note – on titles that include "Jet Silver & The Dolls Of Venus", "Axe Victim", "Love Is Swift Arrows", "No Trains To Heaven", "Jets At Dawn", "Rocket Cathedrals", and "Third Floor Heaven". Great 2CD version features detailed notes from Bill Nelson – plus bonus tracks that include the original indie single "Teenage Archangel" and "Jets At Dawn" – plus the cuts "No Trains To Heaven (first mix)", "Axe Victim (first album version mix)", "Axe Victim (first version)", "Rocket Cathedrals (first version)", and "Night Creature (spoken word version)" – plus a remaster of the original stereo mix, and a new 2020 stereo mix too!  © 1996-2021, Dusty Groove, Inc.

Barclay James Harvest & Other Short Stories (2CD/DVD set)
Harvest/Esoteric (UK), 1971. New Copy 2CD & DVD
CD...$19.99
A really beautiful record from Barclay James Harvest – a down to earth group at the core, but one who always manage to really unfold their ideas amidst some perfect production and great use of larger arrangements too! There's almost a late Beatles genius to the record at times – at ... CD