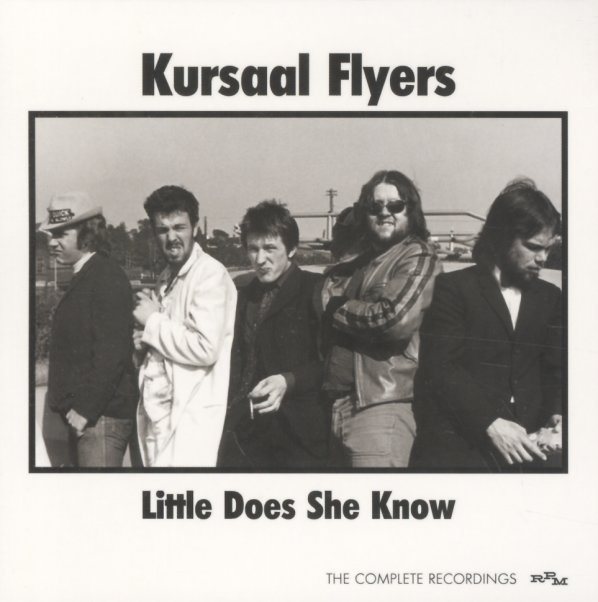 The complete recordings of Kursaal Flyers – one of the sharper, wittier groups of the UK pub rock generation – although one that never made the leap to our side of the Atlantic! There's a really special vibe going on here – the kind of group who were clearly raised on the roots of rock and roll, but who have a wit and talent that allows them to push things forward with all these little twists and turns, almost as if they're making a commentary on contemporary rock while serving up a pretty good entry in the genre! The group recorded for the same UK label that issued the early material by 10CC – and there's a similar balance going on here, right down to some really inventive production that makes the whole thing come together nicely. The package features four full albums by the group – Chocs Away, Great Artiste, Golden Mile, Five Live Kursaals, and A Former Tour De Force Is Forced To Tour – plus 17 more bonus tracks, and a big booklet of notes!  © 1996-2020, Dusty Groove, Inc.