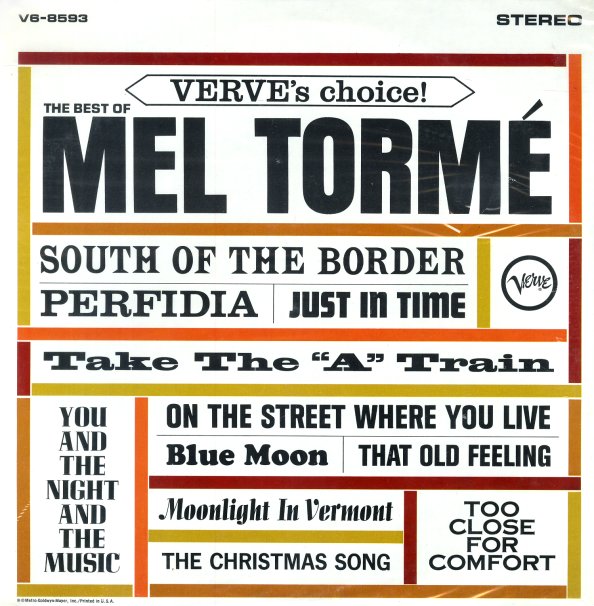 I Wished On The Moon (aka Swingin On The Moon)
Metro, Early 60s. Near Mint-
LP...$4.99
Very groovy set of vocal tracks recorded by Mel during his years with Verve, and featuring some haunting arrangements by Russ Garcia. Tracks have a beautiful mellow spacey sound, as the Velvet Fog rolls in, and washes over the arrangements with vocals like "Moon Song", "Don't Dream ... LP, Vinyl record album