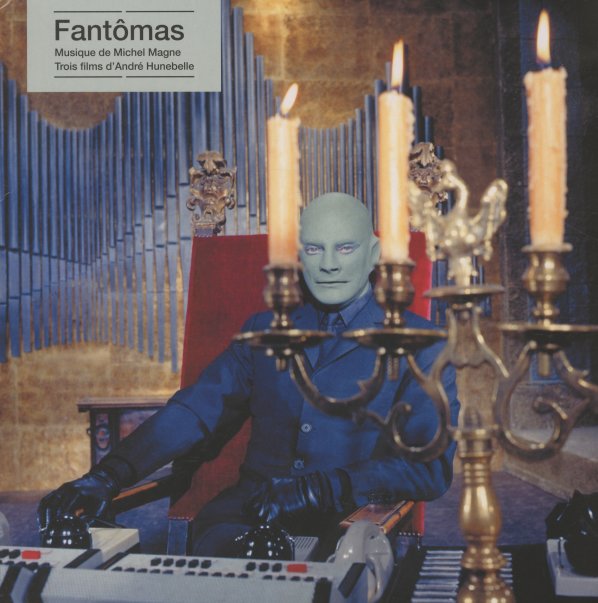 Excellent French crime soundtracks from the 60s – handled up with a great mix of jazz, mod, and other groovy modes by the mighty Michel Magne! Fantomas was this creepy blue-faced master criminal – depicted in three French films at the time – Fantomas, Fantomas Se Dechaine, and Fantomas Contre Scotland Yard – all movies based on the much earlier series of crime books from earlier in the century The films have disappeared a bit from film culture – but the soundtracks seem to get more and more notoriety over the years, thanks to the current revival in lost groovy b-grade scores! Michel Magne scored all three films – and titles include "Fantomas Se Dechaine", "Une DS Dans Le Ciel", "Theme De Fantomas", "Operation Artaban", "Ma Chere Helene", "L'Ultime Evasion", and "Fantomas S'Echappe".  © 1996-2022, Dusty Groove, Inc.