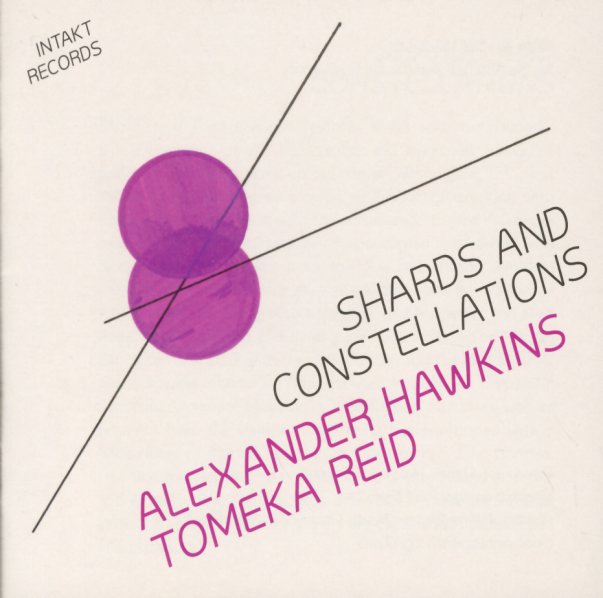 The title's a great one – a very apt description of the sorts of sounds created by the improvising duo of Tomeka Reid on cello and Alexander Hawkins on piano – as the performance has this sharp, stark approach at times – jagged sounds from either instrument, almost as bursts of spontaneity – but constellated together to form a beautiful progression of music! The work is maybe a great illustration of that way that, taken as a snapshot, free improvisation might seem like nonsense – but taken as a whole, there's an intrinsic logic that really holds together the creative magic between two very imaginative performers like this duo. Reid maybe has more of an edge than usual, and Hawkins' work on piano really lives up to the best legacy of the Intakt label – on titles that include "If Becomes Is", "Albert Ayler", "A Guess That Deepens", "Shards & Constellations", "Danced Together", and "Strange Familiar".  © 1996-2020, Dusty Groove, Inc.