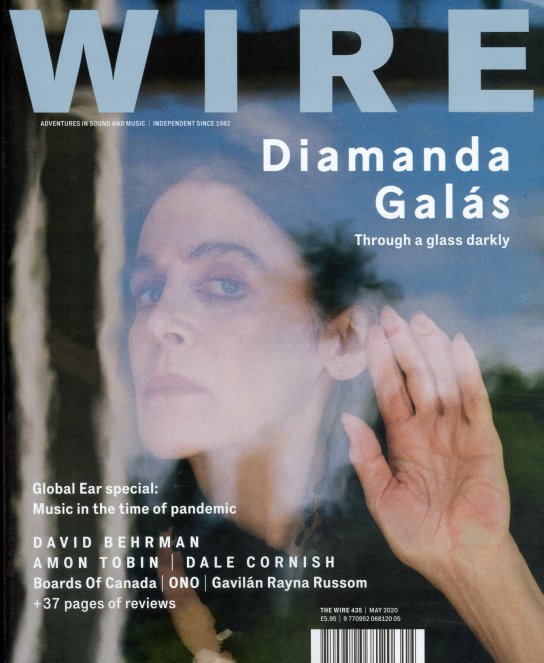 Diamanda Galas looks out of a window on the cover – as so many of us have been doing in the Spring of 2020 – and the issue also features a special look at Music In the Time Of Pandemic – very fitting, as Galas is returning to the subject of disease and diaspora on her new album! The Pandemic feature brings together artists and writers from around the world, looking at the new musical realities – with a lineup that includes Mariam Rezaei, Yan Jun, Mai Mai Mai, and Bruce Russell – amidst other articles on Dale Cornish, JC Leisure, Ono, and David Behrman – plus Amon Tobin on the Invisible Jukebox!  © 1996-2021, Dusty Groove, Inc.

Issue 442 – December 2020
Wire, 2020. New Copy
Magazine...$10.99
The cover features a shot of the father/daughter duo Lyric & Robert Hood – techno missionaries who get a great feature inside – alongside other articles on avant pedal steel player Susan Alcorn, Canadian metal giants Voivod, and the new big band project of Raed Yassin! But as ... Magazine

Issue 441 – November 2020 (with bonus CD)
Wire, 2020. New Copy
Magazine...$10.99
William Basinski looks a bit like Iggy Pop on the cover – but if you know the man and his music, you'll know that he's something else entirely – and if you don't, you'll find out plenty in the big cover feature within! The issue also has articles on the new Homeboy Sandman album, the ... Magazine