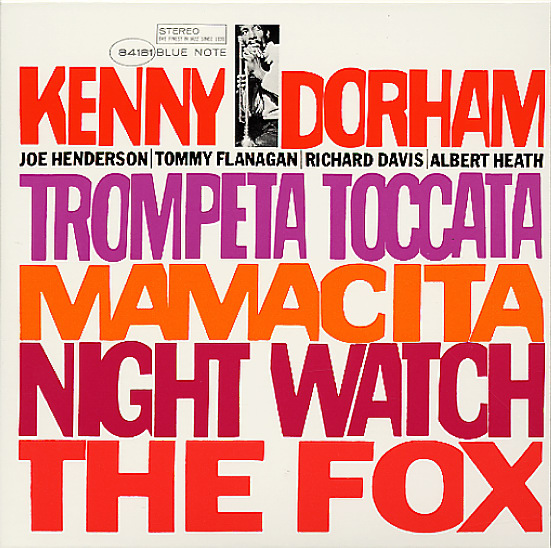 A wonderfully free-thinking set by Kenny Dorham – and a record that really breaks from his earlier work! The album's not exactly experimental, but it features longer tracks with a looser approach than some of Dorham's sweeter shorter work – more in a rhythmically progressive mode that lets the soloists carve out their own space in the set. Joe Henderson joins Kenny on the frontline, and the rest of the group includes Tommy Flanagan on piano, Richard Davis on bass, and Albert Heath on drums. All titles are originals, with some great modernist inflections, especially in the changes – and titles include "The Fox", "Mamacita", "Tropeta Toccata", and "Night Watch".  © 1996-2021, Dusty Groove, Inc.
(Blue Note 80th Anniversary pressing.)

Swingin' Affair (180 gram pressing)
Blue Note, 1962. New Copy (reissue)
LP...$23.99 25.99
An amazingly simple – but amazingly satisfying session from Dexter Gordon! The group's a totally solid quartet with Sonny Clark on piano, Butch Warren on bass, and Billy Higgins on drums – and the groove is right in the pocket with a solid solid soulful feel that you don't always get ... LP, Vinyl record album