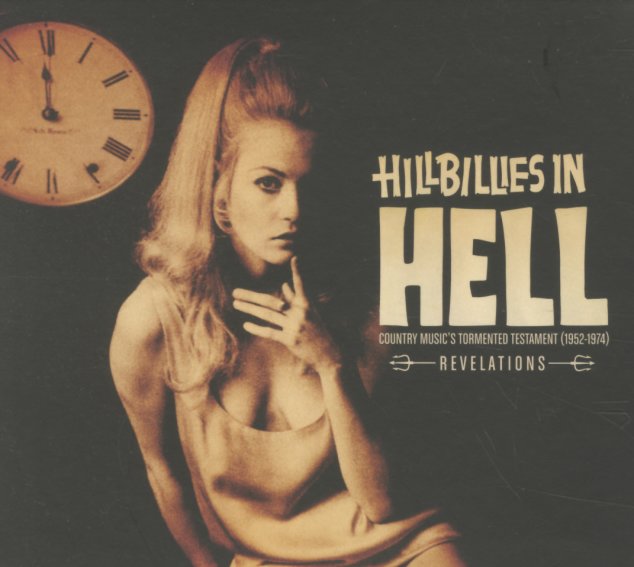 Deep deep country music, from the glory days of the genres – the kind of tracks that start in the territory of the Louvin Brothers' Satan Is Real, then take off into a whole host of different themes based on sinning, saving, and redemption! The vibe here is every bit as great as the previous volumes in the series – and as the compilations have gone on, they've only gotten more surprising – really moving past the obvious cuts for such a collection, and pulling together some real gems from the farther reaches of postwar country music! CD features 30 tracks in all – and titles include "Oh Death" by John Reedy & The Stone Mountain Trio, "Fire's A Coming" by Swanee River Boys, "Death's Black Train" by AL Phipps Family, "Heaven Bound Train" by Lewis Family, "Jesus Is On My Side" by Richard Miller, "A Wonderful Time Up There" by Wally Fowler & The Oak Ridge Quartet, "The Story Of The Street Girl" by Lonnie Glosson, "Filthy Sea Of Sin" by Ernest Carter, and "Are You Insured Beyond The Grave" by Little Jimmy Dickens.  © 1996-2021, Dusty Groove, Inc.

Hillbillies In Hell – Country Music's Tormented Testament – 1952 to 1974 (with bonus tracks)
Omni (Australia), 1950s/1960s/Early 70s. New Copy
CD...$16.99 19.99
A hell of a cool little set – one that begins with obscure country songs about drug use, then moves onto a whole host of songs with themes of suicide, insanity, damnation, and redemption! The music is every bit as great as you'd guess from the title and cover – and the folks at Omni, ... CD