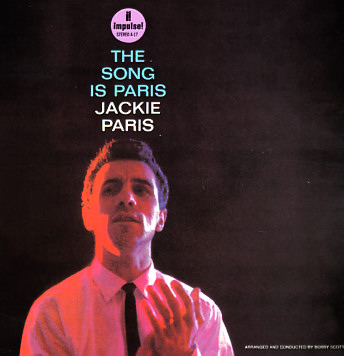 A rare gem by singer Jackie Paris – an underrecorded LA singer from the 50s and 60s, with a sound and style that's somewhere between early Mark Murphy and later Bobby Troup! Paris has less of the vocalese approach of some of his contemporaries – and is also lacking the heavy vocal style of singers like Johnny Hartman or Billy Eckstine – which means that he's got a bright, to the point approach that's rare for singers of his generation. Arrangements on the set are by Bobby Scott – who does a good job of shifting between jazzy and moody to fit the range of the material – and titles include "Jenny", "My Very Good Friend In The Looking Glass", "Nobody Loses All The Time", "Duke's Place", "Thad's Blues", and "Cinderella".  © 1996-2021, Dusty Groove, Inc.
(UHQCD pressing!)