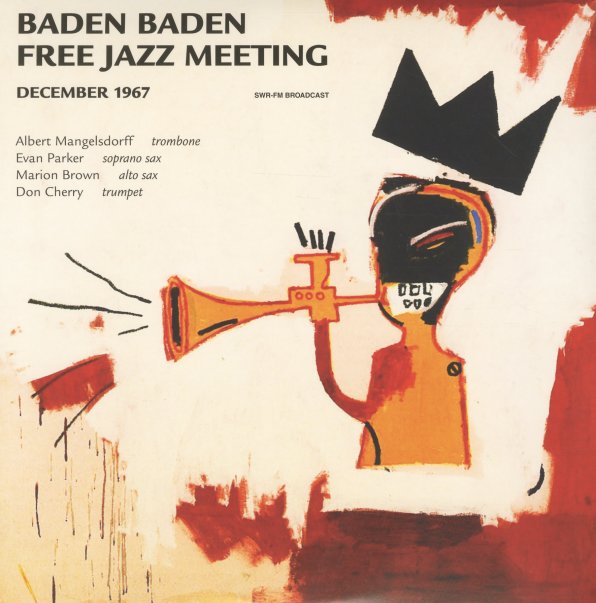 Four slices of genius from this important German jazz festival of the 60s – one of the leading showcases for the best in avant garde and experimental music! The sounds here are as stunning as the lineup – maybe even more so, as there's some nicely-unfamiliar, surprisingly collaborative passages going on – all of which really illuminate the studio music by these groundbreaking artists! The set begins with "Andalusian Proverb" – a beautiful showcase for the dynamic vocals of Jeanne Lee, as she sings with Gunter Hampel on vibes, Albert Mangelsdorff on trombone, and Pierre Courbois on drums. "Cubis" features a sublime trio with Marion Brown on alto, Peter Kowald on bass, and John Stevens on drums – and that rhythm duo also supports "Jepa", which features Mangelsdorff on trombone and Evan Parker on soprano sax – and "Relationship", which also features Parker – as well as Don Cherry on trumpet and Buschi Niebergall on second bass.  © 1996-2023, Dusty Groove, Inc.