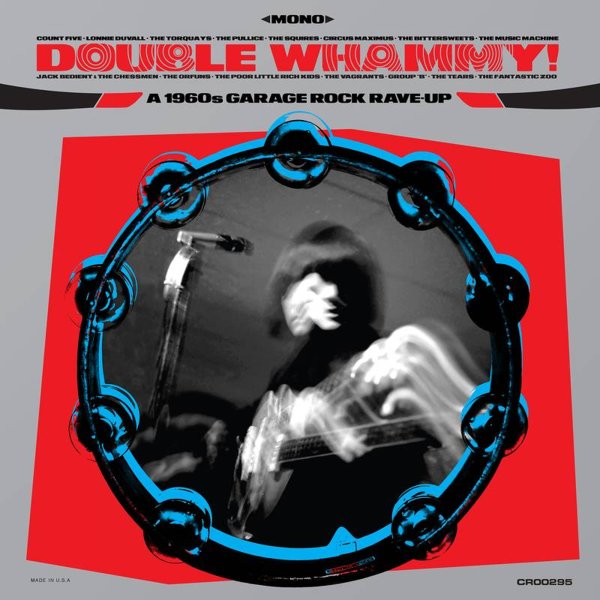 A well-chosen batch of rare garage rock gems from the 60s – rare work from labels that include Stax, Fantasy, Original Sound, and Vanguard – including three never-issued tracks! The choice of material is great, and the whole thing features notes from producer Alec Palao – a name we've really come to trust for sets like this, which go way past the hits and obvious choices. Titles include "Can't Get Enough" by The Pullice, "Attention" by Lonnie Duvall, "Harmonica Man" by The Torquays, "Psychotic Reaction (unedited version)" by Count Five, "She's Gone" by Group B, "Double Whammy" by Jack Bedient & The Chessmen, "In The Night" by The Bittersweets, "Short Haired Fathers" by Circus Maximus, "Anytime Anywhere" by The Squires, "This Calls For A Celebration" by The Fantastic Zoo, "Rat Race" by The Tears, "I Can't Make A Friend" by The Vagrants, "The Animal In Me" by The Orfuns, and "The People In Me (full length version)" by The Music Machine.  © 1996-2021, Dusty Groove, Inc.
(Limited translucent blue vinyl pressing!)

Brainbox (180 gram purple vinyl pressing)
Imperial/Music On Vinyl (Netherlands), 1970. New Copy (reissue)
LP...$26.99
An excellent Dutch group from the end of the 60s – one who merge blues rock influences with a farther-reaching jazz-based sensibility – not entirely prog, but in a way that also echoes some of the big changes going on in the UK scene of the period! The great Jan Akkerman is at the head ... LP, Vinyl record album

White Light/White Heat (45th Anniversary 2LP on 180 gram vinyl)
Verve, 1968. New Copy 2 LP Gatefold (reissue)
LP...$28.99 35.98
One of the most far-out, freaked-out albums ever from the Velvet Underground – easily the most experimental set the group ever recorded! The album's awash in really unusual sounds and styles – from the sonic blast of the title cut "White Light/White Heat", to the 17 minute ... LP, Vinyl record album