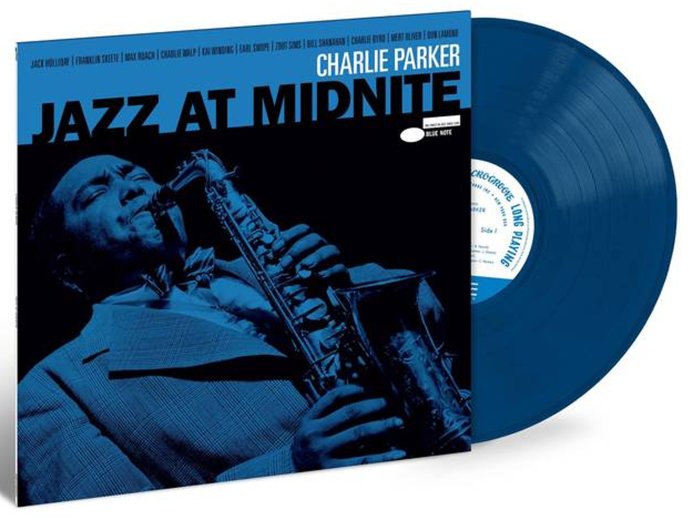 The first-ever vinyl release of material from two Charlie Parker appearances at the Howard Theater in Washington DC – one set recorded in 1952, the other in 1953 – debuting on vinyl from the CD-only release The Washington Concerts! Bird is wonderful throughout – with that kind of special, inventive edge that always makes his live material as essential as his studio work – solos that make renditions of familiar tunes come across as newly revelatory passages. Side one features the 1953 material – with a quartet that includes Jack Holliday on piano, Franklin Skeete on bass, and Max Roach on drums – on versions of "Cool Blues", "Anthropology", "Ornithology", and "Out Of Nowhere". Side two features a larger group from 1952 – with Bill Shanahan on piano, Charlie Byrd on guitar, Mert Oliver on bass, and Don Lamond on drums – playing "Scrapple From The Apple" – then expanded with the addition of Charlie Wilp on trumpet, Kai Winding and Earl Swope on trombones, and Zoot Sims on tenor – on a medley of "Out Of Nowhere/Now's The Time".  © 1996-2021, Dusty Groove, Inc.
(First time on LP – pressed on "midnight" blue vinyl!)