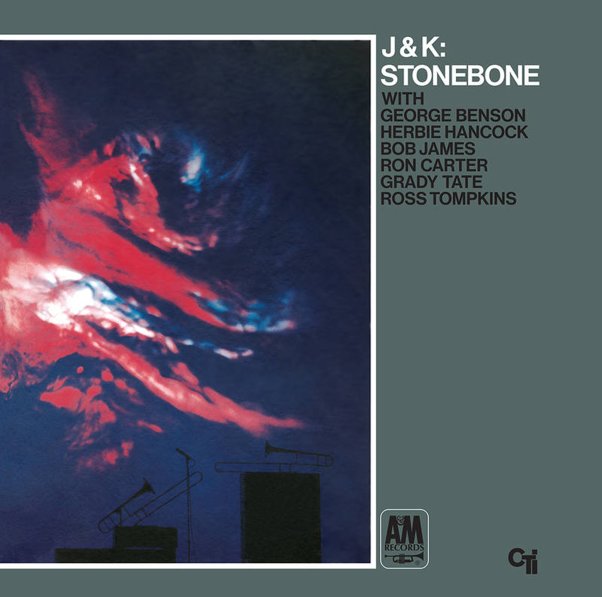 A truly fantastic record, and one that's become the stuff of legend over the years – a rare CTI album that was only ever issued in Japan – and which may well be one of the coolest sessions recorded during the A&M years of the label! Trombonists JJ Johnson and Kai Winding had recorded two other records for CTI during the period – both great – but this set has them stretching out in this really expansive mode that's completely unique – long tracks put together with complicated arrangements that really blow away anything else they ever did – funky, soulful, but also moving towards higher ideals too – a fantastic testament to the newfound arranging skills of Johnson, who handled most of the record. The group also features some amazing keyboard work from both Herbie Hancock and Bob James – who get plenty of room to roam – plus guitar from George Benson, bass from Ron Carter, and drums from Grady Tate – a superb lineup who really make the whole thing shine. The depth of this music is hard to describe in words, but the whole thing's wonderful – and the set features just four long tracks – "Dontcha Hear Me Callin To Ya", "Musings", "Mojo", and "Recollections".  © 1996-2021, Dusty Groove, Inc.