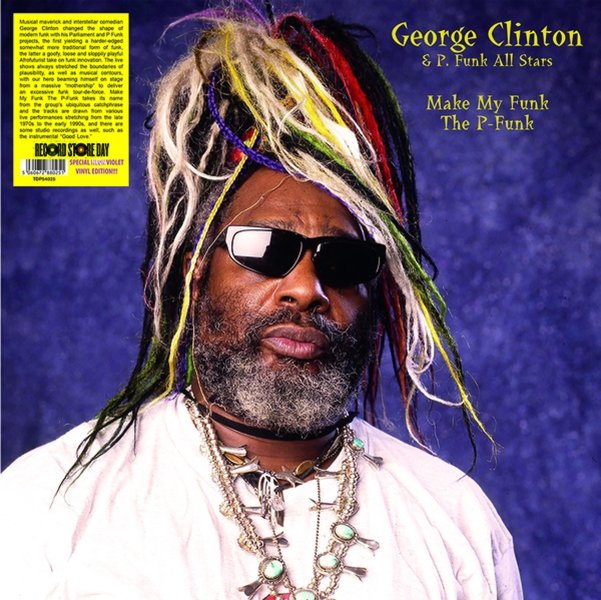 An obscure set of work from George Clinton and the P-Funk empire – a selection of live material from years when George wasn't hitting the studio as much, but still doing great concerts all around the globe! There's not much in the way of dates or players here, but if you caught a Clinton performance in the 80s or early 90s, you'll know the kind of groove going on here – classic P-Funk, maybe even more energized in a live setting – on titles that include "Ain't Nothin But A Jam Y'All", "Good Love", "Bop Gun", "Aquaboogie", "Flashlight", "Standing On The Verge", "Maggot Brain", and "State Of The Nation".  © 1996-2021, Dusty Groove, Inc.
(Limited color vinyl pressing!)