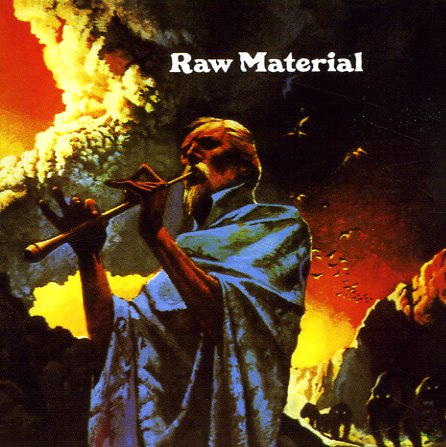 The lasting classic from Raw Material – a great little record captured at the crossroads of psych and prog, with a wonderful sound that even moves past both of those styles! At one level, the album's a tripped-out batch of heavy rock tunes – complete with vocals, fuzzy guitar, and lots of long-haired attitude. At another level, though, the record's got lots of light jazzy flourishes, especially on some of the smaller instrumental cuts, which features mellow work on keyboards, vibes, flute, and percussion. These cuts really make the album great – as they have sort of a "Folk Funk Experience" sound, sophisticatedly funky, and nicely laidback. Titles include "Pear On An Apple Tree", "Time & Illusion", "I'd Be Delighted", "Future Recollections", and "Bobo's Party". 2LP pressing features lots of bonus tracks – 16 more numbers in all – including "Sympathy", "Badge", "Second Generation Woman", "Traveller Man", "Race With The Devil", and "Living In The Past".  © 1996-2021, Dusty Groove, Inc.
(180 gram vinyl hand-numbered gatefold sleeve with full-color booklet and repro A3 poster.)