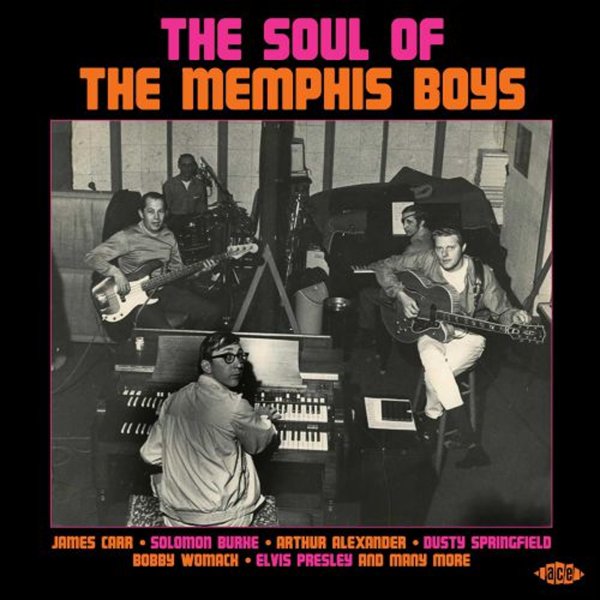 Deep soul from the glory days of the Memphis scene – not the better-known work recorded at Stax, but material from the smaller American Sound Studio – a new game in town during the late 60s, and a place that forged it's very own legacy in Memphis music! American recorded a variety of styles – a bit like Muscle Shoals – but this collection not only focuses most strongly on the soul music cut at the studios, but also work by "The Memphis Boys" – the superb in-house session group that included top-shelf talents like Reggie Young and Tommy Cogbill on guitar, Bobby Emmons on keyboards, and Chips Moman at the head of the group. The great Dan Penn and Spooner Oldham also did plenty of work for American – on material that was issued on a variety of labels – Atlantic, Cameo, Bell, Sound Stage 7, Smash, and others – all collected here with a deep set of notes that really gets at the special vibe going down at American. Titles include "Burning Fire" by Arthur Conley, "Someone To Take Your Place" by Bobby Marchan, "I Don't Want To Have To Wait" by James & Bobby Purify, "Ain't That True Love" by Oscar Toney Jr, "There's A Heartbreak Somewhere" by Roscoe Shelton, "Comin To Bring You Some Soul" by Sam Baker, "It Ain't Fair" by Ben E King, "Don't Take Your Love" by The Blossoms, "So Much Love" by Dusty Springfield, "Broadway Walk" by Bobby Womack, "Holdin On" by Jerry Lee Lewis, and "On The Other Side" by Lee Jones & The Sounds Of Soul.  © 1996-2022, Dusty Groove, Inc.