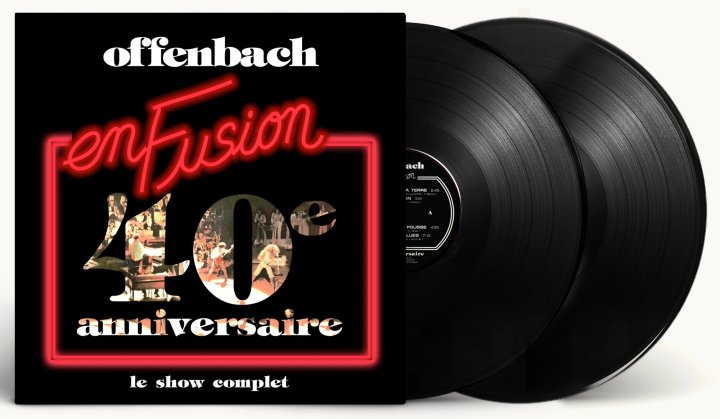 A beautiful mix of Quebecois prog and fusion – performed here by the core group Offenbach, working with larger accompaniment from the Vic Vogel Big Band! The performance is a unique one, but also a summation of all the freewheeling ideas that were taking place in this overlooked scene – echoes of European music mixing with more homegrown execution – and coming off brilliantly throughout. This special 2LP edition features six tracks that were no on the original release, and a bonus instrumental cut too – with titles that include "A L'Envers", "Vagabond", "Sad Song", "Teddy", "High Down", "Promenade Sur Mars", and "Duke's Shuffle".  © 1996-2021, Dusty Groove, Inc.
(Individually numbered limited edition of 100 numbered copies!)