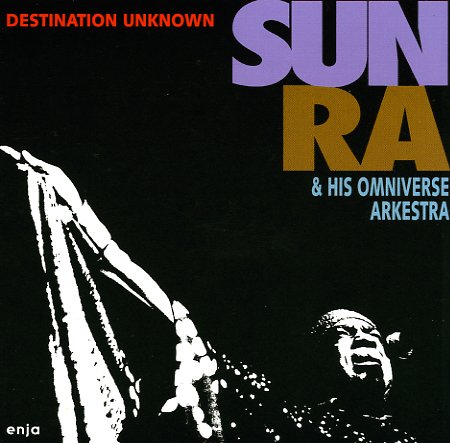 One of Ra's last recordings – and a great one – caught live at a festival in Germany, with a group that includes Marshall Allen, Ahmed Abdullah, Jothan Callins, Tyrone Hill, Stanley Morgan, and Michael Ray. The set has that Ellingtonish flourish that crept into much of Ra's work after the mid 80s – handled with an edge that still keeps the sound all his own, but which shows an increasing preoccupation for straighter jazz expression, and well crafted large group arrangements – peppered with a few numbers that are more in the older space-spirit of the group. Ray sings vocals on a few numbers with Abdullah and Allen, and titles include "Satellites Are Scanning", "Calling Planet Earth", "Theme Of The Stargazers", "We Travel The Spaceways", and "Carefree".  © 1996-2020, Dusty Groove, Inc.
(Part of the "Enja – Real Jazz Classics" series!)