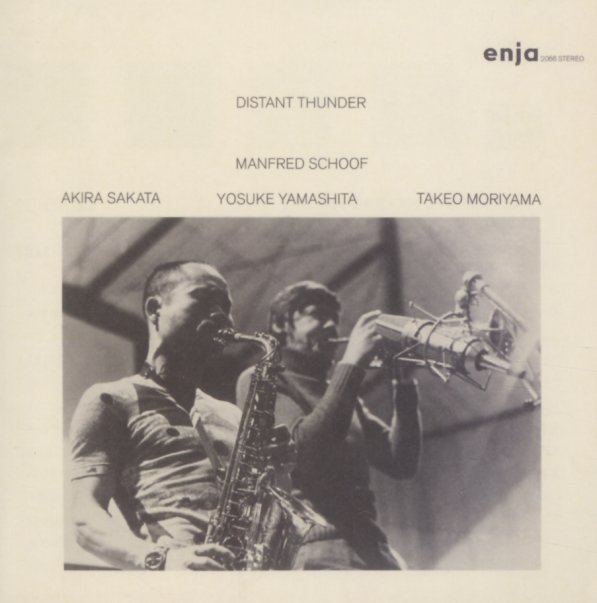 A really amazing record from trumpeter Manfred Schoof – and one that's quite different from his better-known recordings on the European scene! This set has Schoof joining in with the searing trio of Yosuke Yamashita on piano, Akira Sakata on alto, and Takeo Moriyama on drums – and mindblowing group that were setting their own standards of free jazz on the Japanese scene in the 70s, often with a very different vibe than European improvisers of the decade! Sakata is especially amazing – bold, searing, and completely on fire – in a way that seems to have Schoof rising to new heights to match his energy. The set begins with the blistering side-long track "Mitochondira" – then takes a bit of a breather, as Schoof delivers a solo take on "Round Midnight", and Yamashita performs the solo "Distant Thunder" – before full group action re-emerges on the long "Hachi".  © 1996-2021, Dusty Groove, Inc.
(Part of the "Enja – Real Jazz Classics" series!)