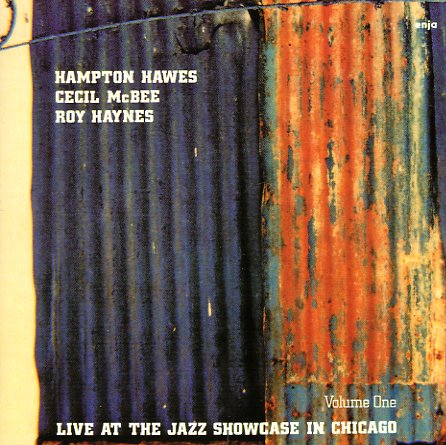 Live At The Jazz Showcase In Chicago Vol 1

A hell of a great live set from pianist Hampton Hawes – thanks especially to the other members of the trio! Hawes is at his free, open, 70s best on the piano – but bassist Cecil McBee really takes the record to the next level – spinning out these amazing lines that are as rhythmic as they are melodic – often crafted with that rounded tone that was his important calling card during this stretch! Drummer Roy Haynes is a bundle of energy – bursting out in surprising ways, occasionally in counterpoint to the piano and bass – and the whole thing cooks nicely on a set of extended tracks. Titles include "Stella By Starlight", "Blue Bird", "St Thomas", and "Spanish Mood".  © 1996-2021, Dusty Groove, Inc.
(Part of the "Enja – Real Jazz Classics" series!)