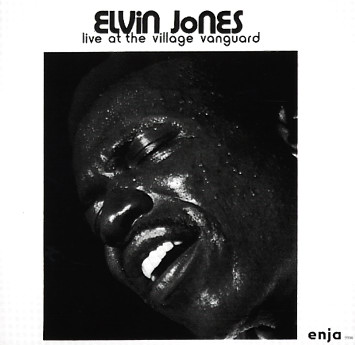 Prime post-Coltrane material from Elvin Jones – featuring his "power trio" style of operation, with one great sax player out front, and Jones kicking it in the back with the bass player! In this case, the sax player is George Coleman – who's really finding a voice of his own in these late 60s years, and really makes the most of the extended space of the album to stretch out, soar, and show off his ever-growing talent for a powerful solo! Wilbur Little is on bass, playing nice round warm notes to offset Jones' edgey playing – and the group's joined by trumpeter Hannibal Marvin Peterson on one track – who brings in a soulful edge that's mighty nice. All tracks are nice and long – and titles include "Laura", "Mister Jones", and "By George".  © 1996-2021, Dusty Groove, Inc.
(Part of the "Enja – Real Jazz Classics" series!)