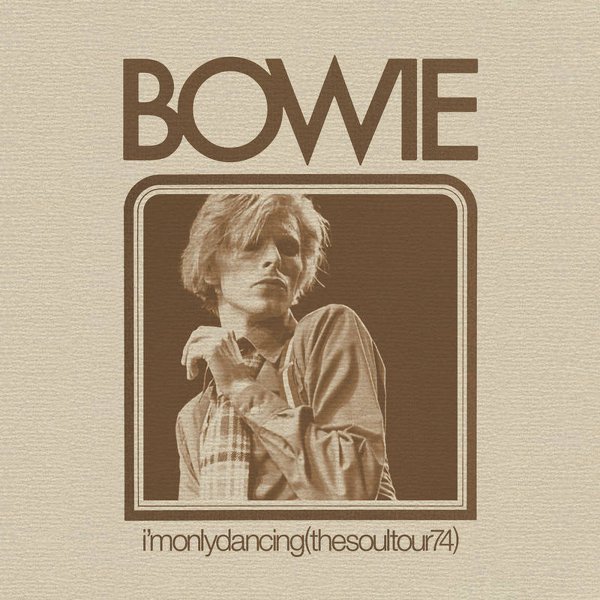 Fantastic work from David Bowie – a live set that features material from a 1974 tour – done at a time when Bowie was very much in love with the sound of Philly soul! The material is a great presentation of the same modes that David explored at Sigma Sound Studios in Philadelphia on the Young Americans album – and the group on stage has a lot of similar elements – including backing vocals from Luther Vandross and Ava Cherry, and players who include Carlos Alomar on rhythm guitar, Earl Slick on lead guitar, and David Sanborn on alto sax. Some of the material is from the Young Americans album, and other tracks from earlier years are nicely reworked with a Philly soul groove – in an extended set list that includes "Love Me Do/The Jean Genie", "Can You Hear Me", "It's Gonna Be Me", "Panic In Detroit", "Somebody Up There Likes Me", "Rebel Rebel", "Sorrow", "Changes", "1984", "Knock On Wood", "Moonage Daydream", and a long medley of older soul tracks mixed with "Diamond Dogs".  © 1996-2021, Dusty Groove, Inc.

One Year
Epic/Music On Vinyl (Netherlands), 1971. New Copy
CD...$11.99 13.99
Amazing solo work from ex-Zombie Colin Blunstone – his first album after parting ways with his former group – and one of our favorite albums of all time! Blunstone's vocals were already amazing in The Zombies – especially near the end – but this set takes things even ... CD

Animated Egg
Somerset/Music On Vinyl (Netherlands), 1968. New Copy
CD...$11.99 13.99 (LP...$23.99)
Freaky fuzzy guitars from the great Jerry Cole – working here under the name of The Animated Egg – not a real group, but a one-off studio project – yet one that is filled with plenty of great guitar, and some surprising rock funk grooves! The music is much trippier than Jerry's ... CD