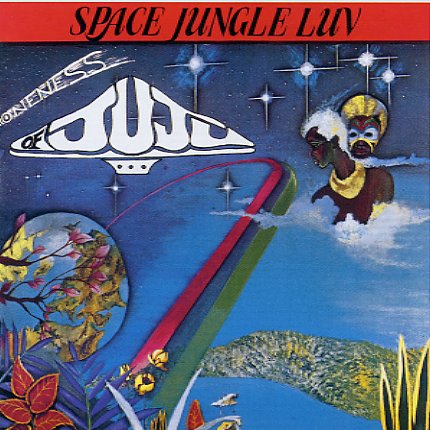 A fantastic record from one of the greatest underground jazz groups of the 70s! Oneness of Juju are perhaps best known for the heavy funk of their first album, African Rhythms – but we're actually partial to this second album – a warmly spiritual batch of soul jazz tracks, and a set that's filled with life, emotion, and wonderful instrumentation throughout! The group are a bit more relaxed overall – easing into things, but in a way that really builds up as the album moves on – as they layer together heavy percussion, sweet keyboards, and lots of great sax solos from Plunky Nakabinde – plus wonderfully warm vocals that add a soulful edge the group never had before, but which still is very jazzy – and not like the funky club of later years. The whole thing's wonderfully cohesive, and a treasure throughout – and titles include the warm vocal number "River Luvrite", to the harder hitting "Space Jungle Funk", and other gems like "Soul Love Now", "Follow Me", "The Connection", and "Love's Messenger".  © 1996-2021, Dusty Groove, Inc.
(Lacquered from the original master tapes in a tip-on sleeve. Includes 12 page booklet!)