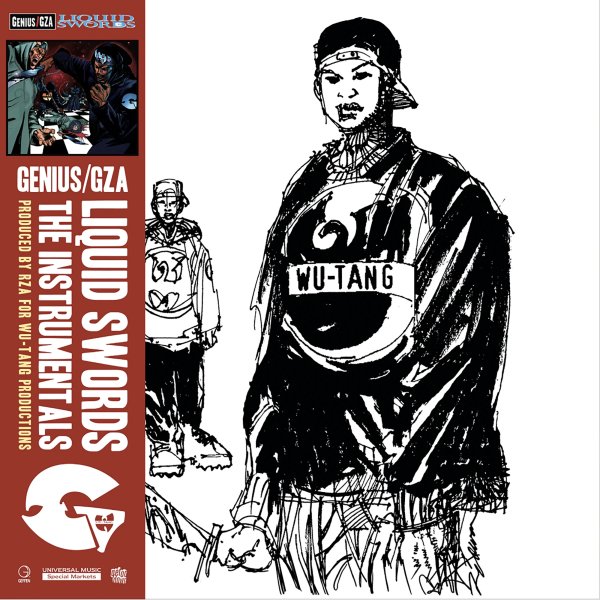 Genius sounds from the legendary Liquid Swords album – not the rhymes by GZA and Genius, but the incredible production work from RZA – beats and rhythms that helped set the scene for a whole generation! The style here is classic Wu-Tang at its early best – and as an instrumental representation of the record, the whole thing maybe stands as a blueprint for the sound of the group, and just what made them so unique – beats that always seem to be turning down towards the earth, peppered with fantastic samples, keyboard parts, and other elements that always echo the exoticism that was the group's calling card. Features instrumental takes on "Duel Of The Iron Mic", "Shadowboxin", "4th Chamber", "Liquid Swords", "I Gotcha Back", "Labels", "Cold World", and "Living In The World Today".  © 1996-2021, Dusty Groove, Inc.