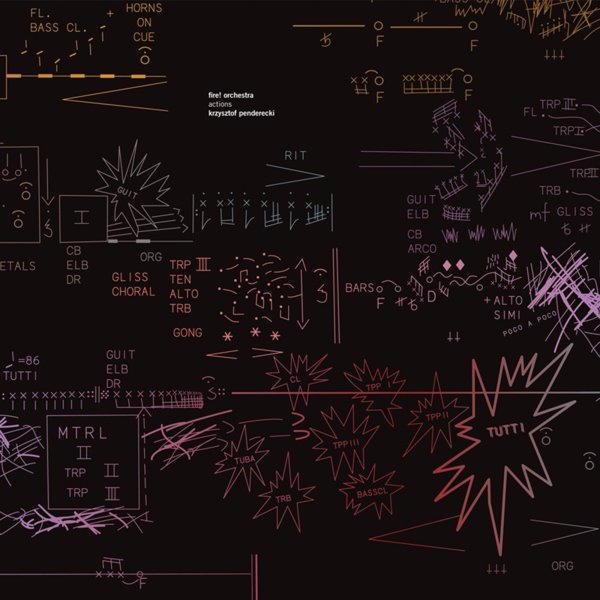 An expanded take on the original "Actions" composition – originally recorded by Don Cherry, with composer Krzystof Penderecki – and extended here by original material from reedman Mats Gustafsson! The original recording was a key juncture between two different avant worlds on the European scene – and this updated set is equally powerful – as it features an all-star group of younger improvisers – with Gustafsson on baritone and leading the group – in a lineup that includes Per Texas Johansson on tenor and flute, Christer Bothen on bass clarinet, Anna Hogberg on alto, Marial Berthel on trombone, Reine Fiske on guitar, Alex Zethson on Hammond organ, Torbjorn Zetterberg on electric bass, and Goran Kajfes, Niklas Barno, and Susansa Santos Silva on trumpets! The strong use of trumpets really echoes Cherry's legacy, but there's also a very different vibe to this take on Penderecki's mix of composition and improvisation – one that's maybe more careful, spacious, and thoughtful than the original - a great tribute not just to Gustafsson's legacy, but also the evolution of improvisation over the decades.  © 1996-2021, Dusty Groove, Inc.