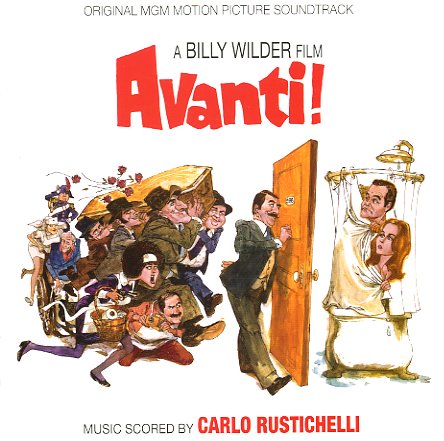 An American film – directed by Billy Wilder and starring Jack Lemmon – but one with a distinctly Italian-styled soundtrack, thanks to the music of Carlo Rustichelli! Rustichelli scores the film with a style that's quite like his early 60s work for Italian films – warmly romantic, with some nice old school touches – all served up in a nice blend of light strings, easygoing rhythms, and some moody touches on keyboards that almost feel like theremin! Tracks are mostly short, some of them sprightly – to fit the comedic mood – and a few have some more traditionally Italian themes too. Titles include "Cha Cha Cha", "The Morgue", "Miss Piggot", "Coffee & Croissants", "A Burial Front The Sea", "Permesso", and "Wendell & Pamela". CD features 5 bonus tracks too!  © 1996-2021, Dusty Groove, Inc.