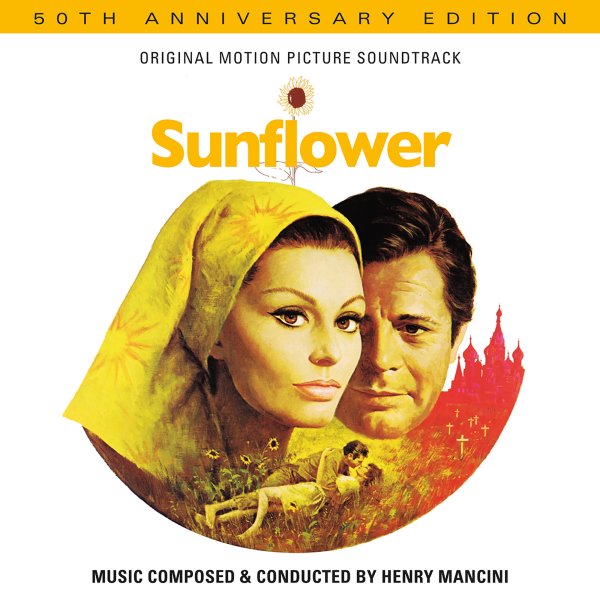 An extremely unique Henry Mancini soundtrack – scored for this European film that starred Marcello Mastroianni and Ingrid Bergman – with a sound that's almost in a similar mood to the work of Ennio Morricone from the same time! Most of the tracks are fairly dark and moody – with simple themes running through them, handled by spare strings, augmented by bits of instrumentation on guitar or melodica – really nice touches, and that same sense of restraint that Henry Mancini was bringing to some of his own instrumental albums of the early 70s. The overall sound is quite compelling – if less groovy than most of Mancini's more famous work from the 60s. Titles include "Two Girls", "The Retreat", "Invitation", "Love Theme From Sunflower", and "Giovanna". CD features lots of bonus tracks in mono – 19 more numbers that include film versions from the score, and a demo of "Loss Of Love", and a piano demo of "Love Theme From Sunflower".  © 1996-2021, Dusty Groove, Inc.