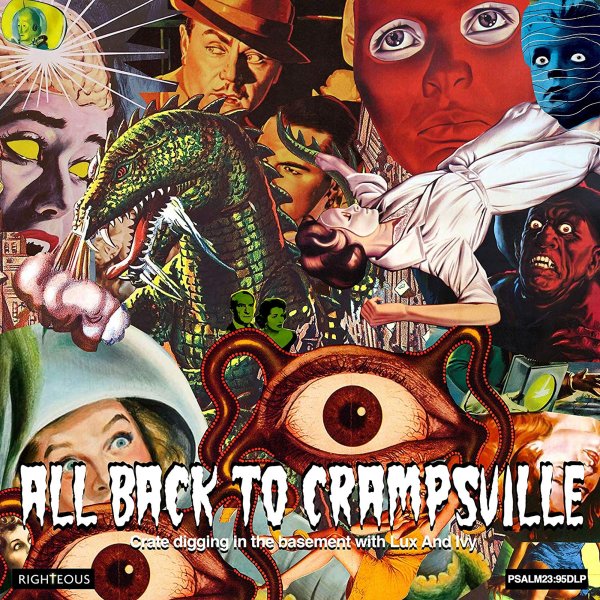 Nicely nasty tunes from the generation that inspired the music of The Cramps – that massive underworld of 45rpm and 78rpm singles in the 50s and early 60s – recorded at a time when just about anything was fair game to capture in the studio! The styles here vary as much as the huge selection of tracks on the set – which features 38 rare singles you'll likely not find otherwise, all put together with a wonderful sense of surprise that really keeps things interesting all the way through! This vinyl set brings together some of the best bits from the CD series on Righteous – with titles that include "Blah" by Sidney & The Chimps, "Bop Crazy Baby" by Vern Pullens, "Love Me" by The Phantom, "Hot Rod Rock" by Ed Byrnes, "Jungle Rock" by Hank Mizell, "She's My Witch" by Kip Tyler, "Short Shorts" by The Four Winds & Their Teenage Friends, "Bongo Beatin Beatnik" by Joe Hall & The Corvettes, "Swamp Girl" by Kay Martin, "Shombolar" by Sherriff & the Revels, "Savage Girl" by Felix & His Fabulous Cats, "Trickle Trickle" by The Videos, "Proof Of Your Love" by Jackie Cannon, "Masai Rumble" by Harry Coons & Richard Campbell, and "Shook Shake" by Ken Davis.  © 1996-2020, Dusty Groove, Inc.