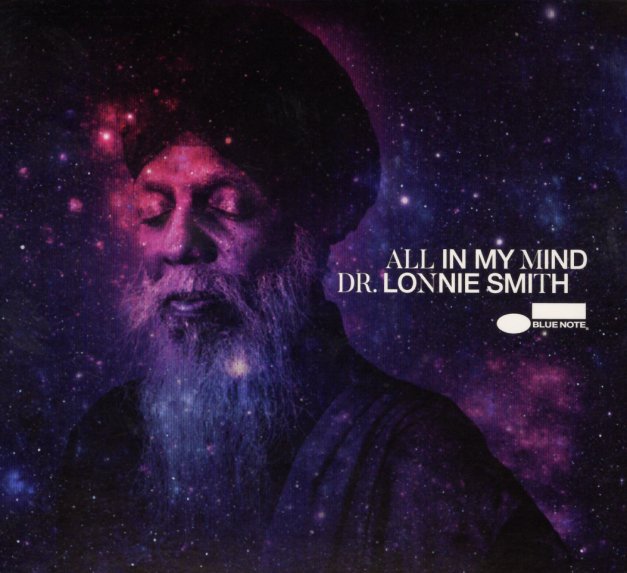 An incredible live set by Dr. Lonnie Smith – recorded during his 75th birthday celebration at NYC's Jazz Standard! It's mostly in a trio setting with Jonathan Kreisberg on guitar and Johnathan Blake on drums, working through raucous and intimate moments with equal skill. We saw Lonnie play not too long before this impeccable set was recorded, so believe us when we tell you, the next best thing to seeing him do his inimitable thing in person – even as late in the game as his 75th year – is right here! He wastes no time pulling us in with a great take on Wayne Shorter's "Juju", which feels SO good with Lonnie's electric keys, along with some great space for Kreisberg to shine, and the set has some wonderful mellower moments, too. Includes a killer cover of Paul Simon's "50 Ways To Leave Your Lover", Smith's own "Alhambra" and "All In My Mind", plus "Devika", "On A Misty Night"and "Up Jumped Spring".  © 1996-2021, Dusty Groove, Inc.
(Part of the Blue Note Tone Poet Series – a beautiful pressing, with heavy vinyl and cover!)

Live At Club Mozambique (180 gram pressing)
Blue Note, 1970. New Copy 2LP (reissue)
LP...$28.99 35.99
A lost jazz-funk gem – originally recorded at Club Mozambique in Detroit in 1970, but not issued by Blue Note until the mid 90s! The set's right up there with Lonnie's classic Move Your Hand live set – as the tracks are long, free, and very funky, performed by a hip group that includes ... LP, Vinyl record album