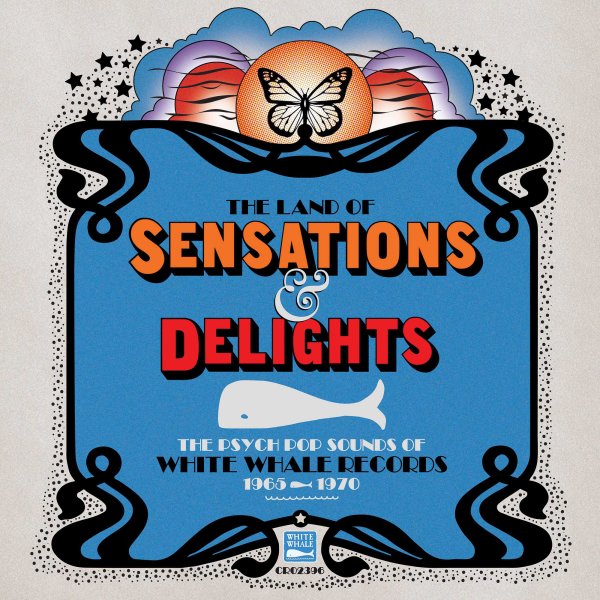 A very groovy look at a very groovy record label – LA powerhouse White Whale Records, home to some mighty fine sounds in the second half of the 60s! As you'd guess from the title, there's a slight current of trippiness running through this material, but it's often blended with a really strong sense of production and a nice ear for a hook – maybe a bit like A&M Records, who might be a comparison to some of the work here – as White Whale always had a careful ear for the up-and-coming, and gave them great freedom to do their thing, and the right sort of production and presentation to make everything come out groovy! And although White Whale had some hits back in the day, this material is definitely from the farther reaches of the label's singles – as you can tell from the set list, which includes "Vegetables" by The Laughing Gravy, "You Got The Love" by Professor Morrison's Lollipop, "My Door Is Always Open" by Rainy Daze, "Love Story" by The Brothers, "Superman" by The Clique, "Look At You Now" by Bazooka, "Won't You Say You'll Stay" by The Rockets, "The Proud One" by Buster Brown, "Goin It Alone" by The Bears, "Song #7" by Lyme & Cybelle, "Darlin You Can Count On Me" by The Everpresent Fullness, "Little Girl Little Boy" by The Odyssey, "I'll Be In" by The Answer, and "We Must Find A Way" by The XLs.  © 1996-2021, Dusty Groove, Inc.