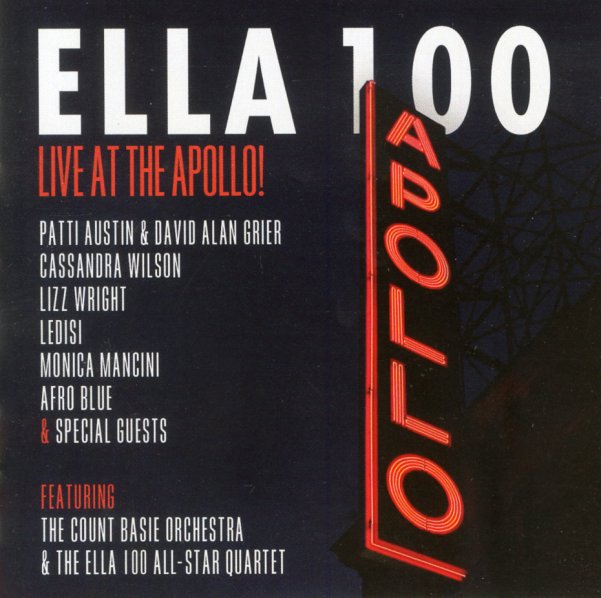 An all-star tribute to Ella Fitzgerald – a special show recorded live at the Apollo Theater in Harlem, in celebration of what would have been her 100th Birthday! The whole event is hosted by David Allen Grier, and begins with a vintage 1934 Apollo Amateur Night radio broadcast – before going into a host of Ella favorites, done by others – mostly with backing by the Count Basie Orchestra! Patti Austin sings "A Tisket A Tasket" and "When I Get Low I Get High", Andra Day sings "Ain't Misbehavin", Ayo & Afro Blue perform "Oh Lady Be Good", Lizz Wright sings "Love You Madly" and "The Nearness Of You", Cassandra Wilson sings "Cry Me A River", and a few other numbers feature different pairings of the artists involved.  © 1996-2022, Dusty Groove, Inc.