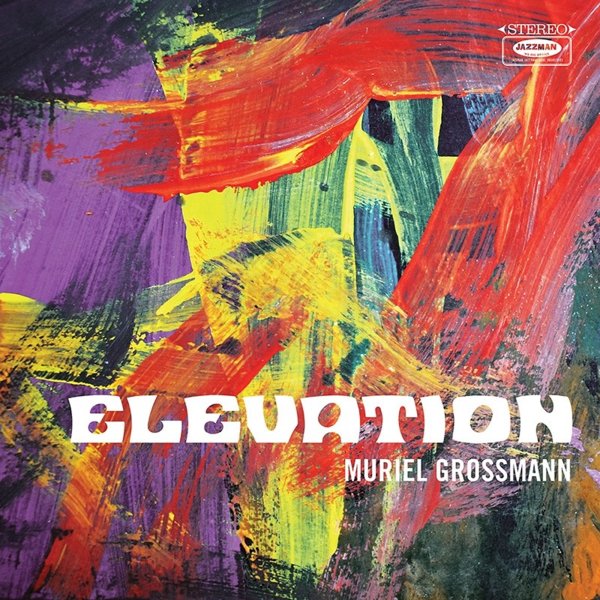 Fantastic work from saxophonist Muriel Grossmann – a player who's turning out to be as important to our generation as John Coltrane and Pharoah Sanders were to theirs! Over the course of a handful of albums, mostly issued under the radar, Muriel has been building up this tremendous legacy in spiritual jazz – long-spun tunes that feature her burning work on tenor over some very unique rhythmic conceptions – usually modal, but delivered in a way that's very fresh, and which often has guitar filling a place that's normally held by piano – so that Grossman's horn takes off in this fantastic flurry of rhythm and color! The folks at Jazzman Records, strong supporter of spiritual jazz in its many forms, have put together this set as a great collection of some of Miriam's earlier, self-released records – a great introduction, but also an essential slice of her genius – with five long tracks that include "Elevation", "Rising", "Chant", "Your Pace", and "Peace For All".  © 1996-2021, Dusty Groove, Inc.
(Packaged in a nice tip-on sleeve, includes download.)

I'll Remember
Jazzman (UK), Mid 60s. New Copy (reissue)
LP...$25.99 29.99 (CD...$8.99)
Really wonderful work from a very overlooked talent – reedman Roscoe Weathers, a player who worked the west coast in the 60s before settling in LA – then led a group with a very strong flute sound in the lead! Roscoe's music here has plenty of echoes of the spiritualism of Yusef Lateef ... LP, Vinyl record album

Can You See What I'm Trying To Say
Jazzman (UK), 2020. New Copy
LP...$14.99 29.99 (CD...$6.99)
The deepest work to date from Vibration Black Finger – a group headed up by UK drummer Lascelle Gordon, and who effortlessly mix together acoustic jazz elements and other sonic elements – very much in the best spirit of some of their contemporaries on the London scene! Gordon's drums ... LP, Vinyl record album