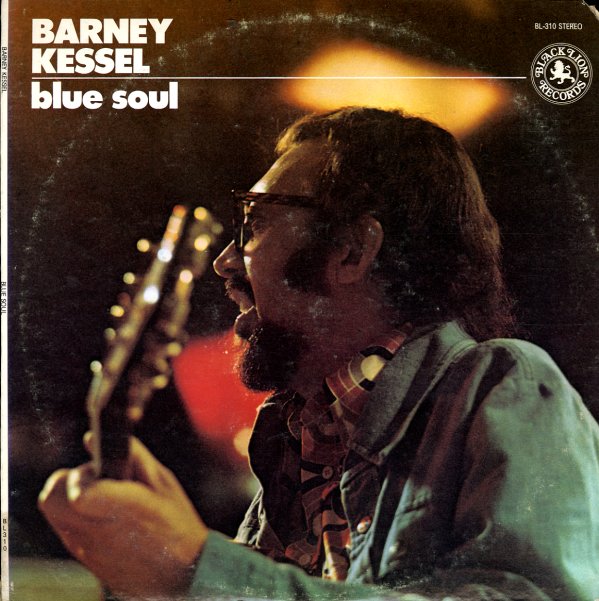 A pair of late 60s gems from guitarist Barney Kessel – both of which came from the same string of sessions! First up is Blue Soul – a very groovy set from guitarist Barney Kessel – very different than some of his cleaner, smoother-toned work of the 50s! The album was partly recorded in London, and partly recorded in LA – and there's a really nice mix of modes going on, which includes strong use of organ at times – bringing a soul jazz vibe to the record, which Barney seems to match with an extra sort of rasp in his strings – this nice bite that really sets the record apart from some of his others! There's also great use of electric bass, very strong at a few points, with a nice kick in the rhythms that's kind of unexpected for a record from Kessel – as you'll groove to on titles that include "Blue Soul", "Stumblin Around", "Comin Home", "Quail Bait", "Shufflin", and "Frank Mills". Swinging Easy is really nice work from guitarist Barney Kessel – one of his overlooked late 60s sessions from a time when the musician was really opening up his sound! Barney's working with a British trio here – John Marshall on drums and Kenny Napper on bass – and there's a nice sense of tone that carries forward his 50s modes, but which also maybe has a bit more of a bite, too. The mix is a great one, and titles include "On A Clear Day", "The Look Of Love", "Corcovado", "Aquarius", "Watch The Birds Go By", and "I Will Wait For You".  © 1996-2022, Dusty Groove, Inc.
(Great paper sleeve package, too!)