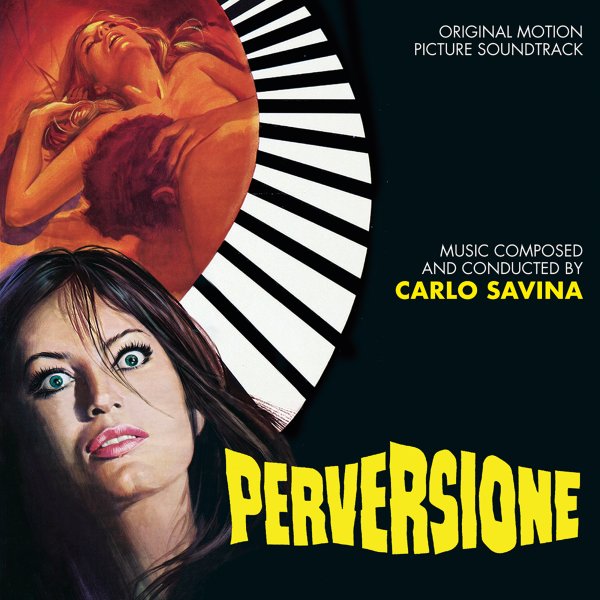 Two 70s scores from Carlo Savina – both sounding wonderful here together! Perversione is a masterpiece of subtle grooves and sensual moments – handled with a touch of light strings, and plenty of tinkling piano lines that are spacious and sexy, and recorded with just the right sort of warmth to sparkle amidst the mature modes of the score. The approach is a bit like spacious Morricone at his best, but with maybe less darkness overall – and the lovely Edda Dell'Orso contributes wordless vocals at a few key points too! Those great vocals show up again on the score for Stress – a different movie overall, but one that's handled by Savina with a great 70s approach – maybe some of the bossa-inspired currents that would show up in Italian cinema of the previous decade, but tinged with some darker moments, and passages of mature musical sexuality. The CD's a gem through and through – with a total of 29 tracks in all!  © 1996-2021, Dusty Groove, Inc.
(Limited edition of 300!)