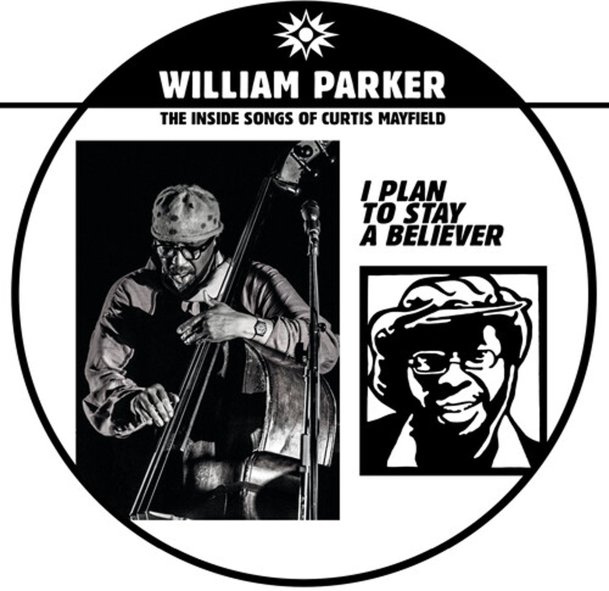 A really unusual album from bassist William Parker – an artist whose musical world is usually quite far from the 70s soul of Curtis Mayfield – even though both Mayfield and Parker are pretty darn righteous individuals! Yet here, Curtis and William come together in a stunning way – as Parker reworks classic Mayfield songs, and transforms them into fantastic vehicles for spiritual jazz expression! The group has a warmly collaborative vibe, and energy that feels like some lost indie jazz project from the 70s – all held together by Parker's bold acoustic bass and masterful leadership – in a lineup that includes vocals from Leena Conquest, piano from Dave Burrell, saxes and flute from Sabir Mateen, tenor and soprano from Darryl Foster, trumpet from Lewis Barnes, drums from Hamid Drake, and poetry and voice from Amari Baraka. With a lineup like that, you can already guess the vibe – and we can promise that the whole is even better than you might have hoped! Titles include "I Plan To Stay A Believer", "This Is My Country", "People Get Ready/The Inside Song", "Ya He Hey Ya", "New World Order", and a great 17 minute take on "We The People Who Are Darker Than Blue".  © 1996-2022, Dusty Groove, Inc.
(Limited edition of 500! Includes download with bonus tracks!)