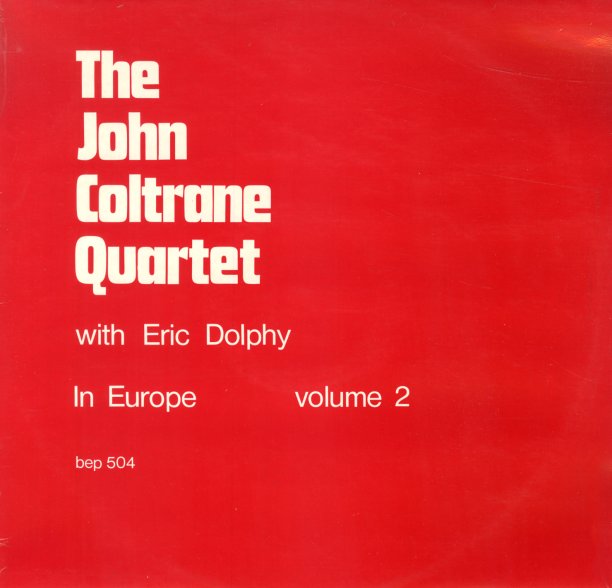 Most of the set features great 1961 recordings on tour – with a group that has Eric Dolphy on alto, flute, and bass clarinet – joining John Coltrane on tenor and soprano sax, McCoy Tyner on piano, Reggie Workman on bass, and Elvin Jones on drums – on titles that include "My Favorite Things", "Impressions", and a snippet of "Naima". The set also features a second version of "Impressions" from 1962, played by the quartet.  © 1996-2020, Dusty Groove, Inc.
(Cover has a partially unglued bottom seam and light wear.)