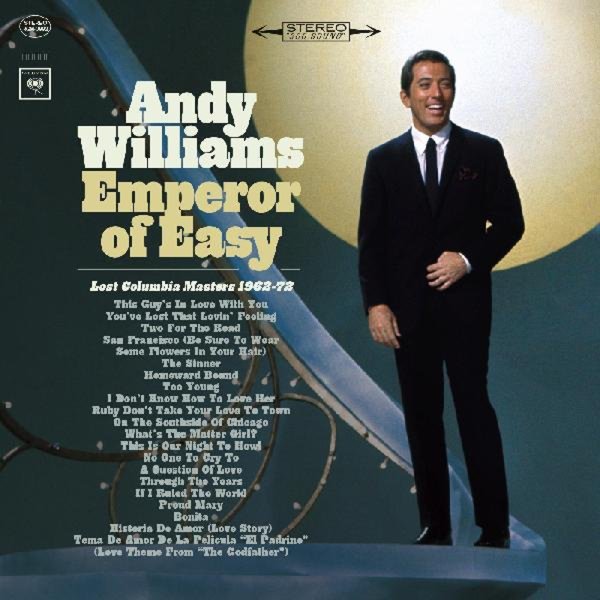 The title definitely gets it right – as Andy Williams was maybe the king of the easy listening vocal scene at the end of the 60s – a singer with a smooth style that was equally popular on record as it was on the TV screen! Yet Andy was also something very special, and very much unto himself – a crooner with links to the past, but with a warmth and personal approach that was much more down to earth – which made Williams such a great community-crossing artist at the time. This package is a great addition to his Columbia catalog – as it features 20 tracks on CD for the first time ever, 16 of which are previously unreleased – with lots of gems that are every bit as great, and maybe often more interesting than, some of Andy's biggest hits for the label. There's some great tunes here that get that wonderful Williams treatment – and titles include "Two For The Road", "On The Southside Of Chicago", "This Guy's In Love With You", "Bonita", "No One To Cry To", "A Question Of Love", "The Sinner", "Our Night To Howl", "Proud Mary", "What's The Matter Girl", "Too Young", "I Don't Know How To Love Her", "Through The Years", "Ruby Don't Take Your Love To Town", and "San Francisco".  © 1996-2021, Dusty Groove, Inc.

Tony Makes It Happen/Yesterday I Heard The Rain
Columbia/BGO (UK), Late 60s. New Copy
CD...$8.99
A pair of late 60s Columbia classics from Tony Bennett – back to back on a single CD! First up is Tony Makes It Happen – a very jazzy album, with a group that features Joe Wilder and Joe Newman on trumpets, Urbie Green on trombone, Joe Soldo on flute, and orchestrations from Marion ... CD