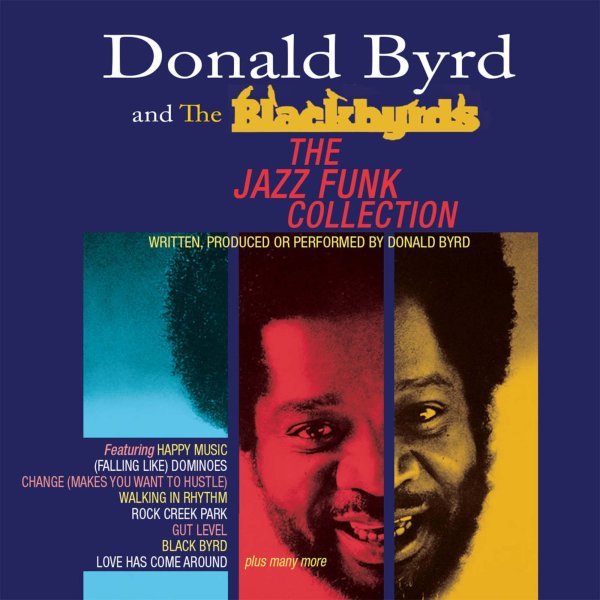 An amazing tribute to some of the greatest jazz funk of the 70s – the groundbreaking work of trumpeter Donald Byrd, both as a solo act on his own, and as the inspiration for the mighty Blackbyrds group – both of whom are featured on this set! Byrd first broke into new territory in the early 70s with a string of amazing records on Blue Note – all done with help from genius producer Larry Mizell, who helped Byrd's trumpet find a way to groove in an electric space, but at a level that was very different (and a lot more soulful) than any sort of Miles Davis electric modes! This work quickly inspired a young group at Howard University, who chose the name Blackbyrds as a nod to Donald – who quickly became their mentor and producer, and helped them forge a great blend of jazz and funk before they took off on their own. This set features 39 tracks from both artists, illustrating a fantastic partnership and shared musical inspiration – with work from Byrd's Blue Note and Wea albums, and all the great Blackbyrds records for Fantasy in the 70s. Titles include Donald Byrd tracks "Dominoes", "Black Byrd", "Lansana's Priestess", "Wind Parade", "Flying High", "Thank You For Funking Up My Life", "Onward Til Morning", "Dance Band", "Science Funktion", "Dominoes", "Flight Time", "Witch Hunt", "Stepping Into Tomorrow", "Sexy Dancer (12" mix)", "Star Trippin (12" mix)", "Pretty Baby", "Giving It Up", and "Dancing In The Street". Blackbyrds cuts include "Blackbyrd's Theme", "Do It Fluid", "Flying High", "Cornbread", "Time Is Movin", "Happy Music", "Rock Creek Park", "Walkin In Rhythm", "Lookin Ahead", "Street Games", "Gut Level", "Party Land", and "Supernatural Feeling".  © 1996-2021, Dusty Groove, Inc.