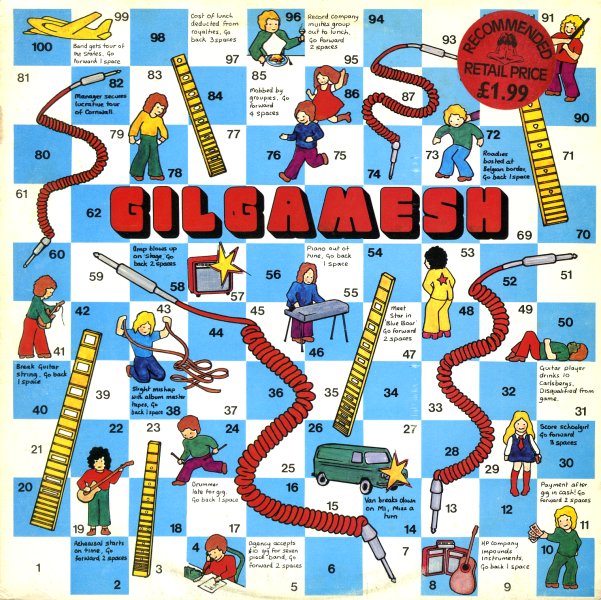 The fantastic debut of Gilgamesh – a super-tight band with ties to other prog acts of the British scene of the 70s – and who here emerge with a vibe that's kind of a later extension of the Canterbury mode! The tracks vary in style and length, and are graced by superb musicianship throughout – a lineup that features Phil Lee on guitars, Jeff Clyne on bass, and Michael Travis on drums – plus lots of great keyboard work from Alan Gowen, who plays Fender Rhodes, clavinet, mellotron, acoustic piano, and a bit of electronics too! There's definitely some jazz elements in the mix, and the record shows just how strongly the evolved Canterbury sound would be tied to American rock fusion of the mid 70s. Amanda Parsons sings on two tracks, but most tunes are instrumental – and titles include "For Absent Friends", "Just C", "Notwithstanding", "Lady & Friend", "One End More/Phil's Little Dance/Worlds Of Zin", and "Arriving Twice".  © 1996-2021, Dusty Groove, Inc.