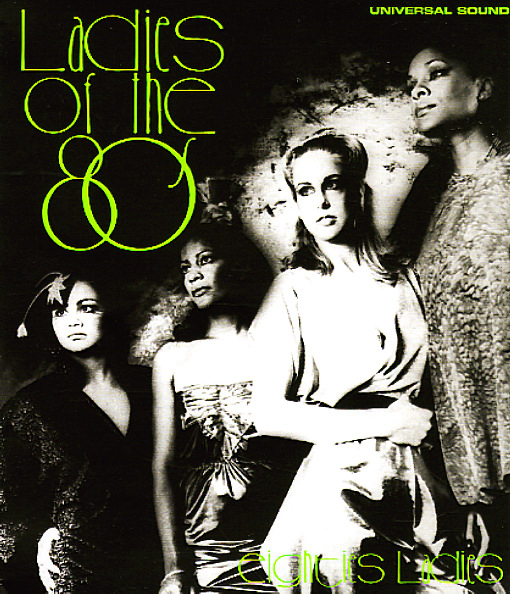 Ladies Of The Eighties

A legendary project from Roy Ayers – and a record that's almost as in-demand as his classic Ramp album! The Eighties Ladies were a hip vocal quartet, with the soulful Sylvia Striplin on lead – and they work here in a mix of perfect Ayers-styled grooves – often using female harmonies in just the same way as Ramp, but coming across with a style that's a bit more pointed at the clubs, and very much in the same mode as Striplin's classic solo album too! Roy brings plenty of jazzy undercurrents to the set – those sinister shapes and changes that always make his music so great – and Edwin Birdsong's help with arrangements ensure that there's some suitably offbeat twists and turns, which really keeps things interesting. Titles include the classic break "Turned On To You", plus vocal and instrumental versions of "Ladies Of The Eighties", and the tracks "Tell Him", "It's Easy To Move", "I Knew That Love", "He Is Mine Forever", and "Sing Me".  © 1996-2020, Dusty Groove, Inc.