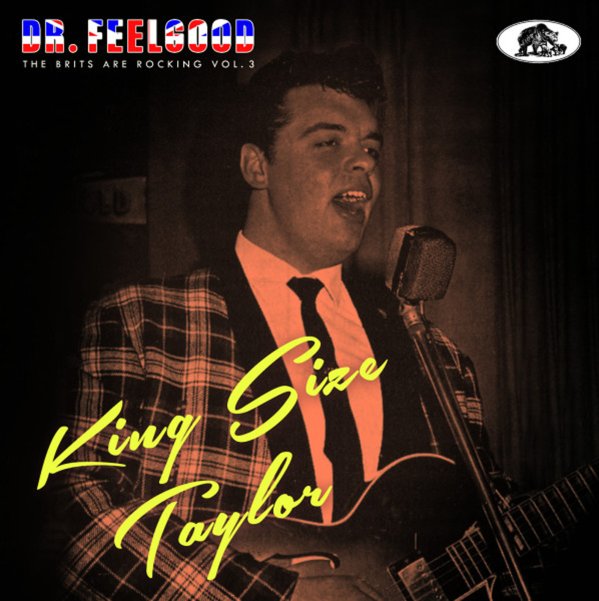 A wealth of rare rockers from King Size Taylor – an overlooked figure on the British scene of the early 60s, and one who borrows some of the best influences from the American singers and guitarists of the decade before! Taylor's got a strong presence and a nicely bold voice – a style that sometimes echoes the Big Bopper, other times is maybe more in a Carl Perkins style – with just some occasional echoes of the new modes that were brewing up in and around Liverpool. In fact, some of his use of Perkins and Chuck Berry-influenced material echoes that of the young Beatles – who crossed paths with Taylor over in Hamburg. This set features 31 numbers in all – served up with the usual great sound and very detailed notes that we love in a Bear Family package – a long-overdue addition to the rock and roll history books! Titles include "I Can Tell", "Sad & Blue", "Saw My Baby With Another Guy", "Matchbox", "Money", "Sherry Baby", "All Around The World", "Dr Feelgood", "She Said Yeah", "Stupidity", and "Domino Twist".  © 1996-2021, Dusty Groove, Inc.