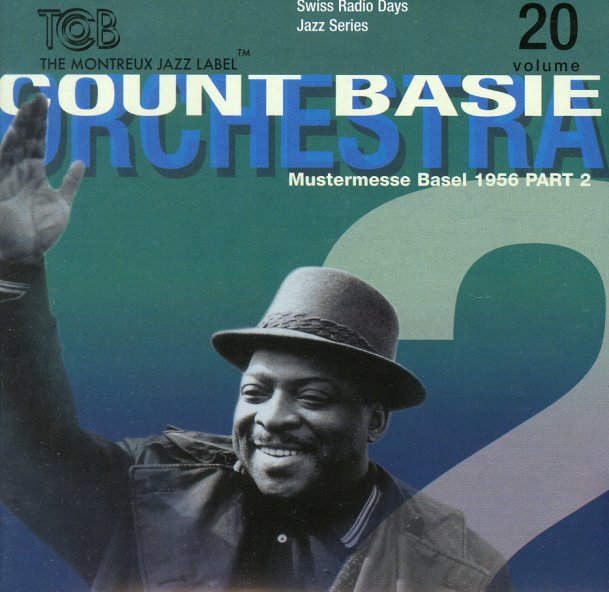 Count Basie cooks things up nicely here – really taking off in a live setting with that renewed energy that made his work of the 50s some of his best! The group here is large, but can swing with effortless ease, and stop and turn on a dime – tremendous accomplishments from a lineup that features Thad Jones and Joe Newman on trumpets, Henry Coker and Benny Powell on trombones, and Frank Foster, Frank Wess, Marshal Royal, and Bill Graham on reeds – all driven strongly by Basie's piano, the guitar of Freddie Green, bass of Eddie Jones, and thunderous drums of Sonny Payne! Joe Williams sings on a handful of tracks – and titles include "The Comeback", "Teach Me Tonight", "Alright Ok You Win", "Dinner With Friends", "Plymouth Rock", and "Smack Dab In The Middle".  © 1996-2021, Dusty Groove, Inc.

Count!
Verve (Japan), 1952. New Copy
CD...$13.99
A great little gem from the Count Basie years on Verve – a tight little record that has Basie really reinventing his sound for the 50s – an album that's filled with short, uncomplicated tracks that have a surprisingly easy-going groove! The arrangements are swinging and tight, with ... CD

Dialogue (RVG remaster edition)
Blue Note, 1965. New Copy
CD...$11.99 14.98 (CD...$8.99)
One of Bobby Hutcherson's most important albums ever – and an essential piece of "new thing" jazz that ranks up there with such key Blue note sessions of the genre as Tony Williams' album Life Time, Dolphy's Out To Lunch, and Jackie McLean's One Step Beyond! Hutcherson's sound on ... CD