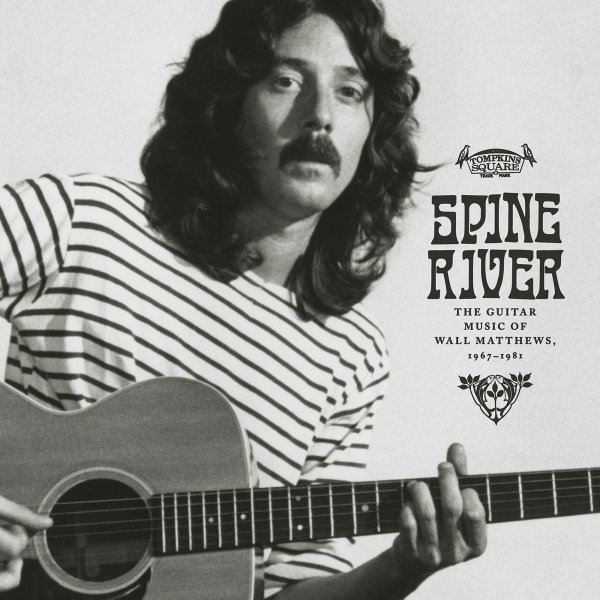 Sublime solo guitar work from Wall Matthews – a musician who's maybe best known for his work in the group Entourage, who issued two 70s albums on Folkways – although that group is also pretty darn obscure too! Matthews has a great sound here – a solo acoustic mode that's filled with experimental elements, but also very down to earth – part of the 60s legacy of Robbie Basho and John Fahey, but also graced with a chromatic sensibility that points the way towards the direction of William Ackerman. Those references are all pretty huge in our mind, and very well-attached here – on a beautiful set of tracks that should get Wall a much larger place in the acoustic underground. Titles include "Spine River", "The Doves Of Venus", "Wendy's Piece", "The Dance In Your Eye", "Roping", "Kotokes", and "Walk In A Country Rain".  © 1996-2021, Dusty Groove, Inc.