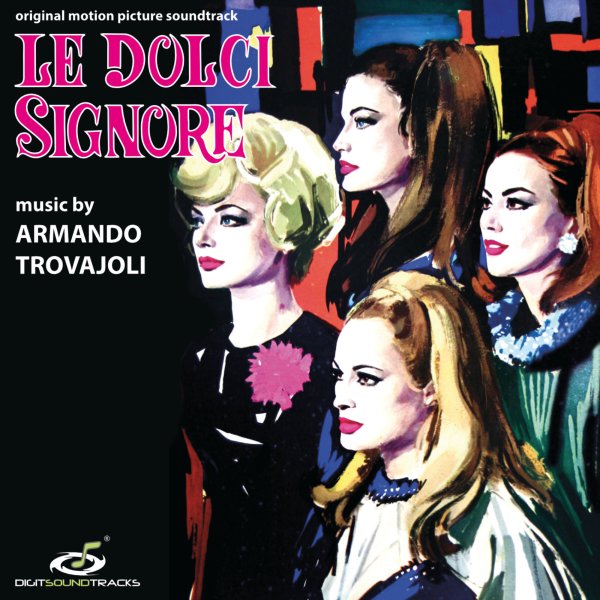 A beautiful little soundtrack from Armando Trovajoli – the best sort that he did in the 60s, at a time when he and a few other Italian soundtrack artists were helping push things forward from straighter jazz into the sorts of groovy modes that would make their scene stand out from the rest! The tunes are often spare and slinky, with a good amount of space between the notes – but in a way that's different than Morricone, maybe warmer and sweeter, with a great approach that lets you focus on a tinkling piano part, an unusual bassline, an organ riff, or all the other great elements that go into the tunes! The set begins with the swinging "Anyone Can Play" – a nice little vocal number – then runs into a whole host of great instrumentals.  © 1996-2022, Dusty Groove, Inc.

Cinema Of Quincy Jones (6CD box set)
Universal (France), 1960s/Early 70s. New Copy 6CD
CD...$29.99
A much-needed look at an overlooked side of the genius of Quincy Jones – not his jazz work, not his productions for famous soul artists, but instead his huge legacy of soundtrack material – a part of Q's career that really took off in the 60s! By the time he started working in films, ... CD

Checkmate – Original TV Soundtrack
Columbia/Banda Sonora, Early 60s. New Copy
CD...$12.99 14.99 (LP...$9.99)
One of the greatest crime jazz TV soundtracks ever – a searing batch of tracks from the pen of Johnny Williams! The work on the set is possibly more famously known from the Shelly Manne album of small combo performances – but this original soundtrack is possibly even more exciting, as ... CD