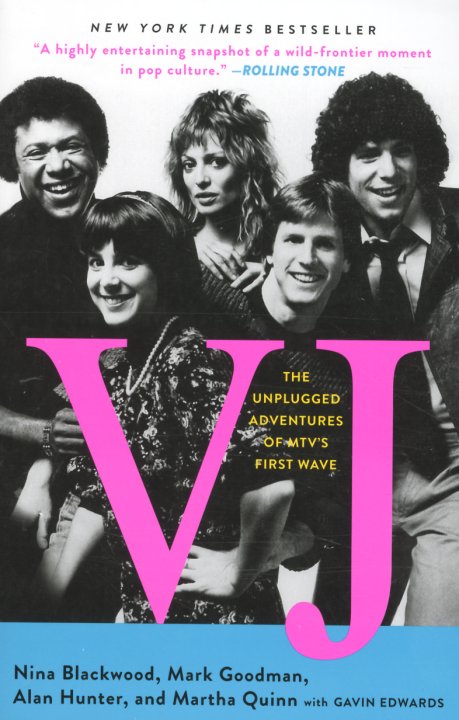 The first big voices of MTV tell the tales of the early days of the influential music network – as Nina Blackwood, Mark Goodman, Alan Hunter, and Martha Quinn all spent quite a bit of time as on air "VJs" – which was the music television version of a radio jock! Back at the start, long before they started making their own shows, MTV was a showcase for short video clips by a huge variety of music artists – and the VJs would announce between videos, provide news content, and eventually grow into a role that had the network wielding surprisingly strong political power with young audiences by the end of the 80s. Writer Gavin Edwards helps shape the stories of the four VJs, but still retains their individual voices – as the book presents a few dozen short chapters, on a variety of subjects and moments in MTV history – with each VJ contributing thoughts and memories, almost like a roundtable discussion. Softcover, 318 pages.  © 1996-2021, Dusty Groove, Inc.
(Spine has a remainder mark.)