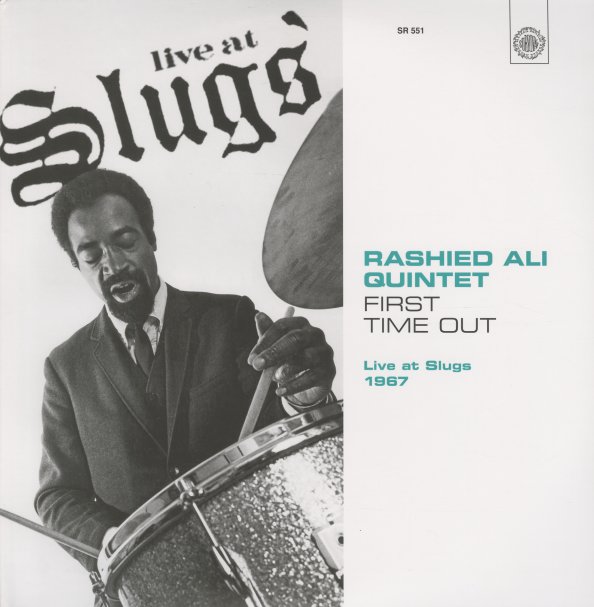 A fantastic rare performance from drummer Rashied Ali – a musician who's best known for his work with John Coltrane during his later years, but who steps out here beautifully as a leader on his own! Ali's tremendous here – effortlessly non-stop on the drums – a player who seems unable to rest even for a minute – with that sense of boundless imagination that really helped set Coltrane free on their recordings together – fused here with contributions from a very unusual quintet that includes Ramon Morris on tenor, Dewey Johnson on trumpet, Stanley Cowell on piano, and Reggie Johnson on bass! The energy is maybe a rawer step to the side of the ESP generation, and definitely points the way towards the loft jazz scene that Rashied would help form and be such an important part of in the 70s – on titles that include "Study For As Salaam Alikum", "Composition 1", "Ballade", and "Composition 2".  © 1996-2021, Dusty Groove, Inc.