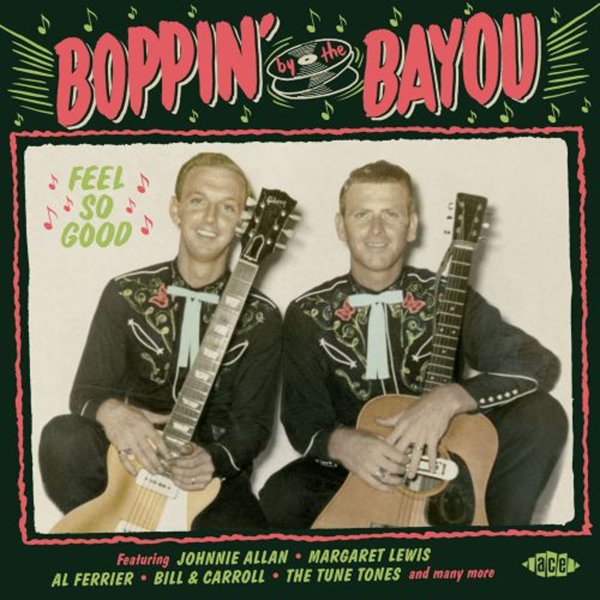 The swamps of Louisiana hold many secrets – and one of the is the massive amount of fantastic music cut on the scene in the 50s and 60s – so much so that we're still discovering overlooked gems and rare material all these many years later! This package is a great entry in this ongoing series by Ace – and pulls together 12 unreleased tracks and other rare singles from the indie studio scene in Louisiana – really showing off that complicated criss-crossing of modes that made its music very different from other southern sounds at the time! There's bits of twang, rockabilly, and maybe a touch of blues, cajun, and R&B – all served up in a really fantastic blend – on titles that include "You're Humbuggin Me" by Al Ferrier, "Feel So Good" by Bill & Carroll, "Love Me Baby" by Charlotte Hunter, "My Baby's Gone" by The Tune Tones, "Come Back Little Baby" by Bee Arnold, "Follow Me" by Huey & Margie, "Black Cat Boogie" by Erwin Babin, "We Gonna Bop Stop Rock" by Ray Vict & His Bop Rockers, "I'm A One Woman Man" by Thumper Jones, "Dust My Blues" by Margaret Lewis, "Carol" by Jim Miller, "Woe Is Me" by Linda Brannon, and "Gonna Rock My Baby Tonight" by an Unknown Artist!  © 1996-2021, Dusty Groove, Inc.