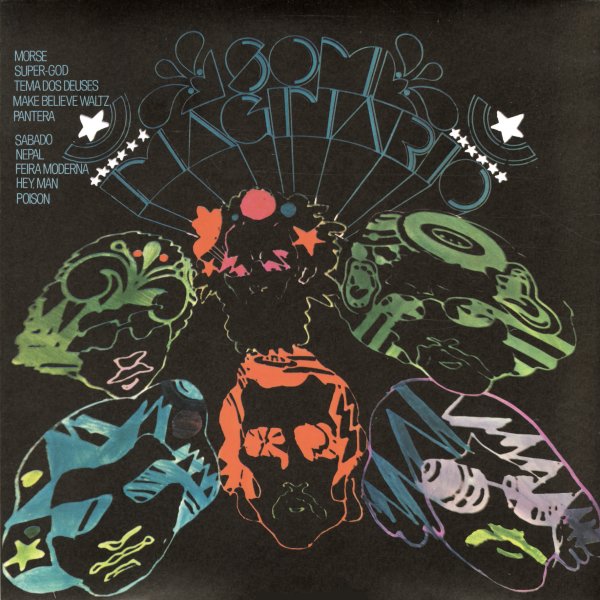 An incredible early album by this legendary Brazilian band with a strong late 60s/early 70s progressive flair! While not as countercultural as Os Mutantes or other Tropicalia artists, Som Imaginario shared with them a sense of pure musical inventiveness, and a love of psychedelic flourishes – and they had a lasting impact upon MPB through their backup work for Milton Nascimento on some of his best albums. This rare first album is a killer – and features fantastic organ and piano riffs, heavy guitars, and stunning songwriting, with lots of jazzy touches – all very much in the best mode of the Minas Geras scene that also birthed Nascimento and Lo Borges. Wagner Tiso is on keyboards, but the whole band's great – and the vocals are produced to a very cool effect – and titles include "Hey Man", "Poison", "Nepal", "Pantera", "Super God", and "Morse".  © 1996-2021, Dusty Groove, Inc.
(Limited edition.)