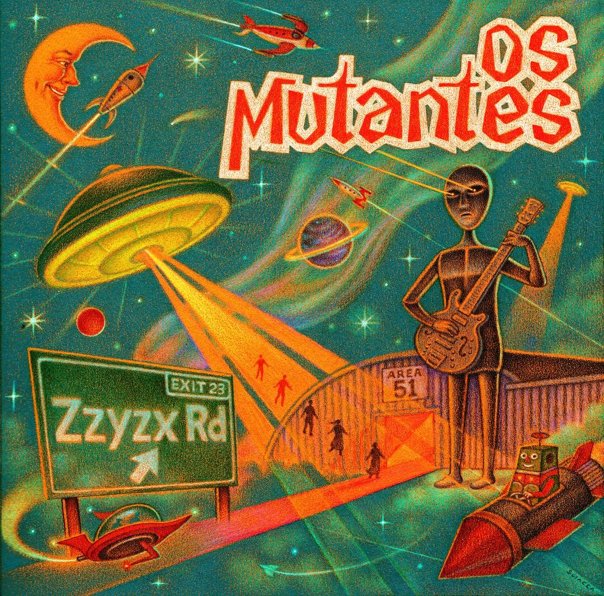 Surprising new work from this legendary Brazilian group – a combo who had a huge influence in the Tropicalia generation, then went on to grow and expand over the years, and open up countless new ears in the process! This set is a bit different than some of their other revival work – actually recorded in the US, and sung in English – with Sergio Dias as the lead creative force and music director for the group – a quintet that appears to include some younger members too! The songs are as sharp as before, but in a different way – maybe because we can understand the lyrics – and although it seems like Sergio's handling most of the lead vocals, there appear to be contributions from other group members too. Titles include "Gay Matters", "Mutant's Lonely Night", "Beyond", "Window Mirros", "Void", "ZZYZX", "We Love You", and "Candy".  © 1996-2021, Dusty Groove, Inc.

Far Out Presents Brazilian Bass – Inner City Tropical Soundblast
Far Out (UK), 2014. New Copy
CD...$7.99 16.99
A very hip set that goes way beyond the stock bass-heavy grooves that have been showing up on other Brazilian compilations in recent years – and a package that really does a great job of reintroducing roots to contemporary urban music in Brazil! The album offers up a Brazilian take on the ... CD